Ministry Emphasis and Vision Statement
Using 21st Century Technology and Personal Touch to minister the love of Jesus Christ, and raise up a generation of leadership to share the Gospel of our Lord anywhere in this world!
Biography
"Mostly how you turn out,"  a teenager once stated, "depends on who influences you."

Many years now, speaker, author and consultant Mark Muirhead has been motivating people on the positive "influence"  that can affect leaders, families and students.

Mark speaks using humor and storytelling to convey his concern for how people "most turn out." 

He has spoken across the United States and nations of the world to churches, leadership seminars, conventions and schools.

Be sure to connect with him on www.facebook.com/mark.muirhead

During 1996 - 2004 he spoke with former Harlem Basketball Legend Dexter Williams to over 550,000 USA public school students.

Along with his extensive speaking schedule the last 18 years he has led over 2,000 students and leaders on the www.ilovejamaica.org trips.

In October 2001 the ministry launched the twenty-four hour a day and live channel www.aroundtheworldradio.org a internet broadcast radio station.

Then, on January 12, 2005 Friends Forever TV began on Channel 93, Montego Bay, Jamaica (on the Cornwall Communications Cable, Ltd.). This is a 24/7 cable Channel, more schedule information is available at www.friendsforevertv.com.

Georgetown Pastor and Guyana A/G Assistant General Superintendent, Raphael Massiah, has said, "You are always welcomed at First Assembly Wortmanville, and you must be commended for the work you are doing in Port Kaituma TV 20, including my countrymen there to interact with our Choices (TV program)."

Their son Alex graduated high school in 2006 from the Sunset Academy. During summer 2006 & 2007 he played senior legion baseball for Montgomery County Post #159. He had four consecutive years of playing senior legion baseball. He married Melissa Marie on May 22, 2009. In May 2010 Alex and Melissa graduated from Oral Roberts University, Tulsa, Oklahoma.

Invite Mark to come, you'll be glad how his influence in ministry and fellowship will "turn out"
References
Rev. Erlinda Wagstaffe, Catherine Hall, Jamaica, 876-952-3260

Mr. Peter Cohen, Montego Bay, Jamaica, 214-774-2127
My Vision for the Local Church in the 21st Century
To build God's people to build His international Kingdom by being builders of people!
My Definition of an Evangelist, and His/Her Role in Revival
To be a outside voice to build, affirm and help the interior core of the pastor's vision and ongoing ministry in the church.

Evangelism is not a program it is a lifestyle with one target, people, one person at a time!

Other Comments
Mark, and Laurie Muirhead will be a friend to pastors and their "p.k." children. 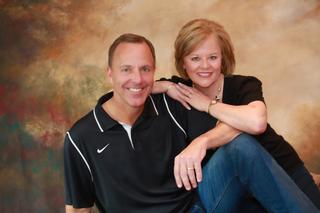 Since 1985, Greg & Robyn Hubbard have been serving as full time A/G evangelists. Their ministry here in the States include special church services, district youth camps and conventions, district family camps, conferences, retreats and training on how to become an effective soul-winner. Several weeks each year are spent overseas with a focus upon Romania, Zimbabwe, and India. Our focus overseas consists of church planting crusades, evangelistic...