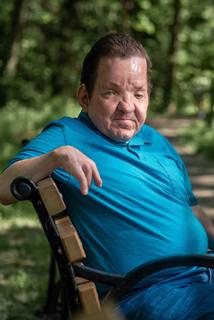 Ministry Emphasis and Vision Statement
I know that my unique life experiences has molded and shaped me into the man that I am today. In Godâ€™s complete sovereignty, He has allowed me to go through these for one reason, and one reason only and I believe that is to share with the next generation Godâ€™s power and hope. I am learning more and more that the purpose of my birth defect is to show others that nothing is impossible with God, and that with God in the center of your life, all things are possible.
Biography
Dorsey Ross Ministries was created after Summerfest '06 at Bellerose Assembly of God. Growing up and while attending Queens Borough Community College I felt the call of God on my life and attended Valley Forge Christian College. During that time, I studied youth ministry. I continue to have a heart to minister to the youth of this generation

Though God still had a plan and a purpose for his life, during SummerFest '06 I was giving an opportunity to tell his testimony of what God has done in his life. While he was preparing for this opportunity, he felt the tug of the Holy Spirit on his heart to send out the video of his testimony and see what God was going to do with it.

I am now traveling, all along the Eastern seaboard, including Maine, Baltimore MD, PA, Louisiana, and NJ. I do not just give a testimony of what God has done in my life, but gives an inspirational message that with God all things are possible and that no matter what you're facing in your life, God will bring you through it. I have been through 68 operations and was born with a birth defect called Apert's Syndrome which affected the face and his hands.

When I was born, my forehead was pushed outward, my eyes and nose pushed back into his head. The Doctor Advised his parent's that due to the fact that he had no skull opening, I would eventually become brain dead and that the best option for them would be to put him into an institution and to let him be. Thankfully my parents knew and trusted in God, and knew that God had a plan and a purpose for his life. At six weeks of age, He had his first of many operations to open the skull and allow his brain to grow.

Although the Doctor's might have told Dorsey's Parent's that he would be brain dead, and a High School History Teacher may have told his Mom that He would not make it in college, he decided to go and defy all odds, and not only graduated from Queens Borough Community College but also went on and graduated Valley Forge Christian College. He was never an A+ student, though he always wanted to go on and pursue what God had/has for him and for his life. All those interested in having Dorsey come and speak are invited to contact him for more detailed information. 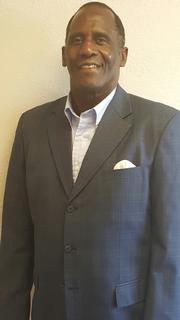 Eric Hunter is widely recognized as a man of "simple faith" - believing everything the Bible says that he can do, in the name of Jesus Christ. He was born in Port Antonio, Jamaica, West Indies, and attended schools there, in Kingston and elsewhere. He is now and has been for quite a while a Naturalized Citizen of the United States. He received his call to preach the Gospel through multiple confirmations of his call as follows: 1. The...