Ministry Emphasis and Vision Statement
The mission of Jason Maupin is to encourage and motivate students, equipping them to make healthy life choices leading to a successful future, bringing them to a personal relationship with Jesus Christ. We prioritize the mental health of pastors and students alike.
Biography
Raised in a home where his father was abusive, by the age of nine, Jason had become suicidal. With his mother diagnosed with Lupus and his brother on a downward spiral of drug and alcohol abuse, Jason bought into the lie that his own life was worth nothing. Out of desperation, he took his mother's handgun to try and kill himself. With the choice of life and death in his hands, Jason realized he had to look beyond his circumstances and realize his life was for a purpose greater than he would ever know. "There's a reason why we go through trials, and it's to help others!" Jason says. "Have you ever played cards? Sometimes you get a bad hand, but you know you can't fold because if you fold you're just giving up. That's the same way life is, no matter what hand you're dealt you have to play it the best you can!"
Several years ago Jason Maupin started Elevate Industries, a motivational assembly program designed to help students make right choices. Having the chance to speak literally around the world to schools, camps, conventions and churches Jason takes every opportunity to help students realize their full potential.

"Your past does not dictate your future, it's how you handle the circumstances that come your way!" Jason says, "You can become whatever you want to be!"
From his humor, to his compelling story-telling Jason takes his audience on an adventure that leaves them wanting more.

"Every one in life hurts, every one has pain but if I can make it you can make it! Don't ever give up"!

Jason with Elevate Industries is committed to helping students make the right choices, regardless of the hand they may have been dealt!

Other Comments
My passion is speaking in public school settings where I invite them back to a night rally to share Jesus with them! 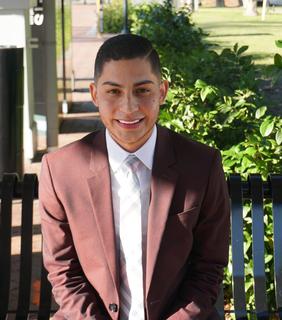 Jason and Raquel Cardenas share a passion for evangelism. Jason is known for his anointing, his ability to share complex biblical truths in simple ways, and his love of people. Raquel has a zeal for missions, for engaging generations in authentic worship, and for pouring into others through teaching. Together they travel the world connecting communities to...